A penalty for loyalty? – Reactions to the citizens advice super-complaint

Citizens Advice has issued a super-complaint on the subject of loyalty penalties. How has the market reacted?

According to Citizens Advice (a network of independent charities operating across the UK), loyalty to a service provider comes at a high price for the average customer.

8 in 10 bill payers are paying much more than they should be for remaining with their mobile, insurance or financial services providers, resulting in an estimated cost to consumers of several billion pounds a year.

At the end of last month, Citizens Advice took the rare step of making a super-complaint on behalf of consumers losing out to loyalty penalties to the Competition and Markets Authority (CMA). A super-complaint essentially requires the regulator to investigate markets and practices that are thought to “significantly harm the interests of customers.”

The last time a complaint of this magnitude was made was in 2005 – an action that led to customers receiving £32.6 bn worth of compensation over the mis-selling of PPI.

The issue of inertia

‘Inertia’ is a well-recognised issue within essential service markets such as insurance, mobile and broadband. People tend to stick with their previous decisions, often finding it easier, ‘safer’ and simpler to remain with existing providers than making the switch to cheaper alternatives.

As charges are commonly spread across multiple monthly or quarterly bills, customers also often don’t see an immediate benefit to switching, even if such an action could save them hundreds or thousands a year. Older customers and those who may find themselves in a vulnerable circumstance have been identified as being particularly impacted by so-called ‘loyalty charges’.

Many contracts for services are set to automatically renew, sometimes at a higher price, at the end of an initial contract, meaning customers can end up paying more simply because they forgot to, or were not able to, cancel or change contracts.

19% of consumers switched energy suppliers between June 2017 and June 2018. Ofcom, last year, also introduced a simple, text-based method that would allow people to more easily switch mobile providers. It is clear that industry, customers and regulators alike are taking action against the issue of inertia.

Still, the super-complaint raises the obvious question: “Is enough being done across the board?”

Reactions in the market

The CMA is yet to outline its full plan on how it will respond to the super-complaint, though they have 90 days to do so. Daniel Gordon, Senior Director at the CMA, did initially respond by saying:

“Our response will set out the CMA’s views on this important issue and any next steps we think are needed to make sure businesses don’t take unfair advantage of their long-standing customers.”

At the same time as the CMA is investigating the super-complaint, Ofcom is consulting on pricing strategies within telco businesses for essentially the same issue – customers continuing to be charged for their handset hardware even after they have paid it off.

The UK’s Internet Service Provider Association (ISPA) responded swiftly to the super-complaint, stating that it “fully supports efforts to encourage customers to engage with the market” and that there is “a clear need to engage with vulnerable customers to provide support and help with switching.”

The Association did feel, however, that Citizens Advice was “jumping the gun” in relation to the broadband market, concerned that “the narrative of a ‘loyalty penalty’ conflates customer loyalty with ill-informed or unengaged customers. Loyalty to a provider does not necessarily mean that a customer is not content with their service, especially as in the broadband sector there are a range of non-price issues that the customer may value”.

The FCA’s Chief Executive Andrew Bailey stated that the FCA would work closely with the CMA as it handles the complaint.

“We expect firms to look after the interests of all customers and treat them fairly, whether they are new or long-standing. It is important to get the balance right so that existing customers do not miss out on the benefits of competition and innovation”, says Bailey.

It is yet to be seen how individual firms will respond to the super-complaint.

Citizens Advice identified that customers across the five sectors had different levels of awareness around ‘loyalty penalties’. In the home insurance market, for example, it was noted that it is “difficult to find any price information without searching for a specific quote”.

Future change is also difficult to predict and understand. As such, there is call for much greater transparency in exactly how payment plans are organised, how repayments are likely to rise and what could potentially drive increases in cost. Consumers generally trust their own providers more than they do others, according to research by Ofcom, so firms could buttress this trust by ensuring that their customers know how their deals really compare to the rest of the market.

Citizens Advice believes that the problems behind ‘loyalty penalties’ are unlikely to be solved by normal competitive forces within the markets involved. Weak consumer engagement is seen to be the leading cause of adverse effects on competition within energy markets and similar essential service markets. Citizens Advice believes that markets with weak consumer engagement, natural monopolisation and potential for high profits are “textbook definitions of markets where competition is not working well”. A large-scale review of competitiveness within these markets may well result from this super-complaint.

Citizens Advice suggests that there a number of solutions that could be implemented to protect consumers from loyalty charges. Some of these are obvious, such as dismantling the practice of continuing to charge for a mobile handset after the minimum contract term has ended. Other solutions are slightly more complicated and likely to have a larger impact – such as placing a relative cap on variable rate mortgages.

Overall, consumers need to be encouraged and empowered to engage more directly in markets, given suitable and transparent information about pricing structures and contract details. Direct intervention may result, but this will be left to the CMA to investigate, design and implement if necessary, working in collaboration with sector specific regulators. Specific protections for low-income and other vulnerable customers could also be on the table.

The spotlight has well and truly been shone on the treatment of existing customers – firms at the forefront of their markets have already taken steps to address issues noted, often taking a commercial hit to secure the long-term trust and advocacy of their customers. 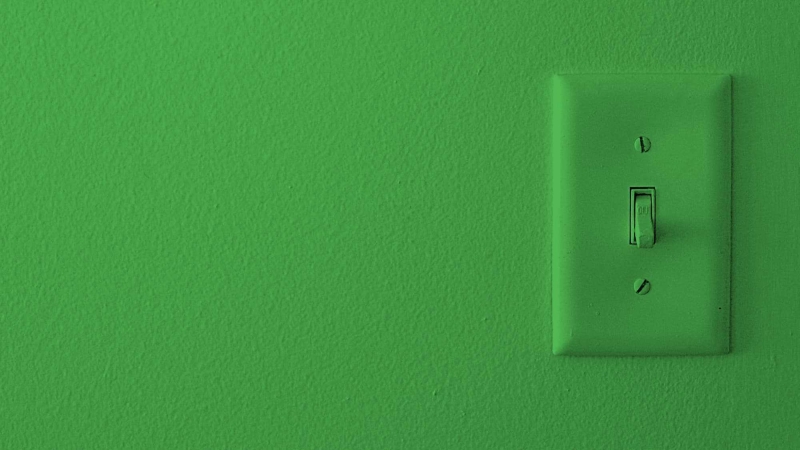 Technology has brought us to a crossroads in banking - will we embrace a future of quick and easy switching, or will we see a dangerous 'waterbed' effect?