One year on from the introduction of Open Banking - how has this revolutionary architecture changed the traditional card payments model?

The UK’s Open Banking system celebrated its first birthday on the 13th January 2019 and, with it, welcomed a flood of comment and opinion about its impact (or lack of).

While 84% of businesses in the financial services industry now have Open Banking products in their offering – or in development – there are voices claiming that it has so far failed to be as revolutionary as initially promised. According to research by Splendid Unlimited, only 22% of consumers are even aware of Open Banking, with four in five of those who do know of it unsure of what it means or entails.

But even if there has been little conscious uptake of Open Banking a year on, it is undoubtedly and dramatically reshaping the value chain of at least one sector: card payments.

Before last year, cash transactions were still the UK’s favourite form of payment. That all changed with the advent of contactless payments, which doubled in value in 2018 to almost £5.6 billion worth of transactions. Now debit card payments have overtaken cash, with 63% of people using contactless payments and over three million people in the UK claiming to almost never use cash.

Just as card payments eclipse cash for the first time, we will surely be seeing a much larger shift away from the traditional framework of cash payments in the near future – with some card providers already breaking away from what has been known as the ‘Four-Party Model’.

Every time you make a debit card payment, you will wait a second or two after inserting your card before being told that it is authorised. While you wait, a complex series of rapid digital transactions are being made between at least two banks and through the card supplier company (which will most likely be Mastercard or Visa).

The customer proves their identity with their PIN, then the card payment instrument held by the merchant asks, with card data in hand, the customer’s financial institution (the Issuer) to confirm that the customer can afford the goods or services – and that they are who they say they are. Once approval is received, the Issuer bank will settle funds with the Acquirer bank (the merchant’s financial institution) and, later, that Acquirer will settle funds with the merchant.

For this string of service, a number of fees and charges are applied. While the average customer with a current account will unlikely be paying for their account and card directly, the Acquirer bank will be paying a small ‘interchange fee’ to the Issuer bank. The Acquirer will, in turn, be charging the merchant a ‘merchant service charge’ (a small percentage or ‘pence per transaction’ on each transaction for the ability to be able to offer card payment to customers). The merchant will probably also be paying for the trickle-down effect of the interchange fee paid by their bank, as well as the scheme fee to the card institution. This certainly adds up.

Before 2018, when new rules came into place, it was common place for merchants to add a small card surcharge to cover the merchant service fee. Regulators eventually determined that forcing customers to pay more just for paying by card was unfair, so a ban was introduced on these types of surcharges. Of course, unscrupulous or otherwise unaware businesses continue to add this surcharge, though they are coming under fire for doing so.

While the merchant service fee may be a bit of a sting for merchants, it is ultimately a small price to pay for the ability to welcome the most popular payment method in the country into their shop. But still, merchants and financial intuitions alike are looking for ways around these fees – and they have found one solution in Open Banking.

Breaking and relinking the value chain

The biggest threat to the current model for online / ecommerce card payments is Open Banking, even as it is one of the biggest opportunities for merchants to save and speed up the payments process. In a world in which payment account data can now be shared freely (with consent, of course) between banks and third-party institutions, firms will be asking why should they be paying for card schemes if they can get their customers to pay directly from their bank accounts?

Payment institutions that take advantage of the open banking-type model may start (and already are in some cases) offering payment initiation services that bypass the need for a card settlement scheme. By doing this, they become a brand-new fifth-party of the payments puzzle: a Payment Initiation Service Provider (PISP).

In an Open Banking-based, card-less payments society, PISPs would be the glue that hold the whole framework together, just as card schemes now allow near instantaneous decisions between merchants and banks. They will support customer authentication via the agreed redirection process (for the UK this will be that of the Open Banking Implementation Entity) or other alternative solutions (dependant on territory). This would bypass the normal flow of card authentication and authorisation, allowing the issuing bank (Account Servicing Payments Service Provider, or AS PSP) to pay directly into the merchant's bank, removing the need for the traditional card acquirer.

In this model, the interchange fee is all but eliminated, reducing the cost to merchants but also, naturally, some of the revenue gained by the Issuer bank. This commercial model is still in its infancy stage, but it goes without saying that all parties will be working tirelessly to ensure a fair distribution of wealth.

Weighing up the benefits

Naturally, PISPs have to be FCA regulated to ensure that they protect the data and interests of the consumers, merchants and financial institutions they serve. While this new architecture has the potential to open up markets to greater competition (and, thus, greater innovation), it also brings with it some level of confusion.

Despite the time and financial savings offered by the PISP model, there are a number of drawbacks to contend with. The cost-vs-reward equation is yet to be answered and fully understood for all parties involved and, until then, parties will remain cautious. This form of payment is also a long way from being the norm. Just as we’ve started paying more with debit cards than cash, it doesn’t seem likely that customers will widely adopt new forms of paying right away.

There is also a current lack of governance over disputes and complaints within Open Banking. While you can’t dispute the dispute process within the card payments sector, being as solid and time-tested as it is, Open Banking disputes will hardly be ‘open and shut’ cases. The lines of responsibility and accountability are less clear in an environment in which customers authorise free, third-party use of their data, leaving some to be concerned as to which party would bear the weight of complaints and liability should issues arise. The Second Payment Services Directive does provide some clarity but, in this new world, process is just as important as law.

Naturally, those almost monopolistic entities that have enabled wide-ranging card usage, will need to be rethinking how they will evolve to enter this new value chain. No longer will they operate physical, plastic-based card schemes, they will probably start operating non-card payment networks. In general, they will need to embrace technology, app-based payments and wallet-less transactions.

These firms will also need to be taking advantage of some of the yet unanswered questions about Open Banking, one example being Mastercard’s directory of ‘authorised third parties’. Another being pioneered by the same organisation is an authentication and security solution – based upon the previously mentioned directory – that allows for more direct payments between financial institutions.

But will customers trust a card-less payment method? If you went to buy your coffee in the morning and were asked to plug in your details to send money direct to an unknown bank, would you be stopped in your tracks?

We don’t yet know what form these payments will take on a day-to-day basis, but it isn’t likely to be much different to what we do today. Perhaps we will see even more people paying with the RFID function on their phones or smart watches, or perhaps with another wearable item loaded with the customer’s payment information.

Such transactions will (and already do in the case of some bank apps) allow customers to see their account balances updated in real time, thanks to the instantaneous nature of Faster Payments. They could also automate the process of selecting which account to pay from, algorithmically selecting the most suitable account from across a customer’s banks (yes, that’s ‘banks’ plural. Open Banking does allow customers to manage all their money at once).

What about Instant Payments?

The European Central Bank’s recent announcement of their strategy to tackle the dominance of the duopoly in cards has offered a new direction for payments. There is now a push for the various European national schemes to be joined together to allow for immediate ‘point of interaction’ payments.

In the short term, it is unlikely that this will materialise or have the envisioned effect. The ‘Single Euro Payments Area’ (SEPA) scheme for cards failed in its mission to dramatically improve cross border card payments, leaving the industry to look for other commercial models for solutions. Instant payments could provide a viable, duopoly-challenging alternative but, realistically, industry and regulators have a number of existing challenges to face before they can focus its objectives in this direction.

Businesses will need to maintain a careful eye on the state of the sector as payment methods and habits continue to change. Consumers needs and expectations will also need to be managed carefully to ensure early and continued adoption, but there’s no doubt that ‘if you build it, they will come’.

The benefits of allowing people to pay with whatever method they prefer – whether this be cash or instant bank transfer – should not be undervalued. Investment will need to be made and new rules and regulations adapted to, but firms and businesses that do so will be those on the frontier of an exciting new world – a world that might, one day, be free of plastic cards. 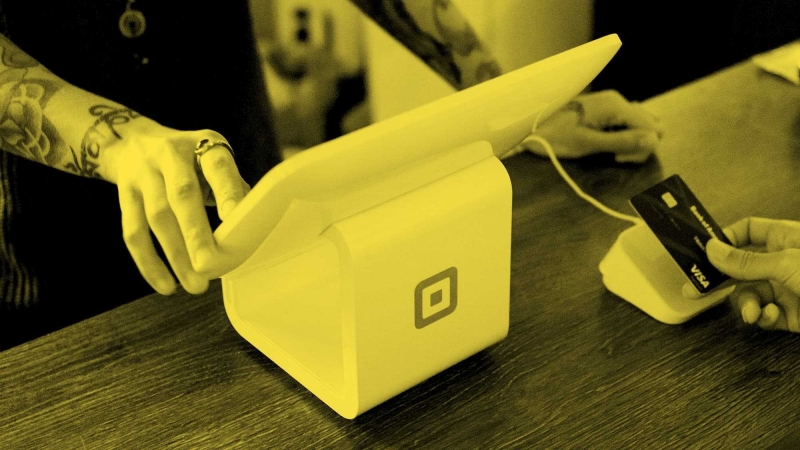 Open Banking is a huge boon to consumers and institutions, but little is yet known about how disputes will be handled in three-party transactions

Securing the future of payments through SCA – Part II

Strong Customer Authentication adds much needed layers of security to electronic payments – merchants, acquirers and issuers all need to prepare 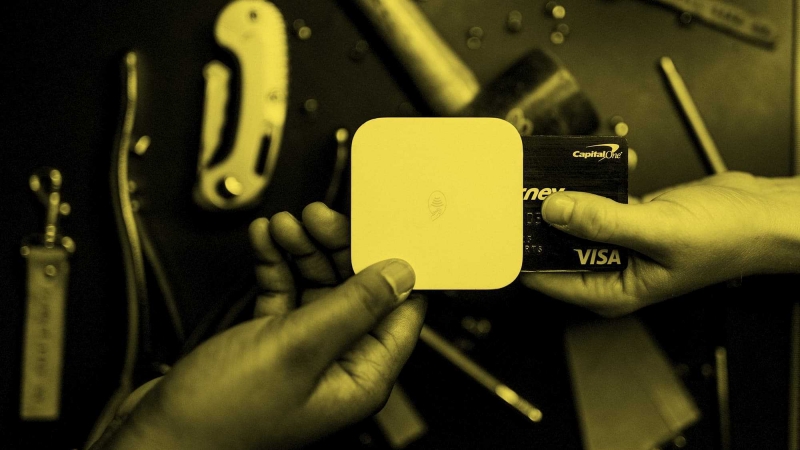 Securing the future of payments through SCA – Part I

The new Regulatory Technical Standard calls for two-factor Strong Customer Authentication – what does this mean for the payments landscape?